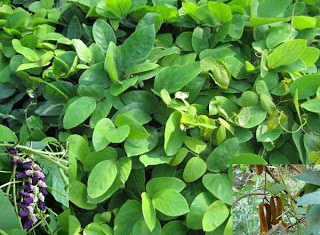 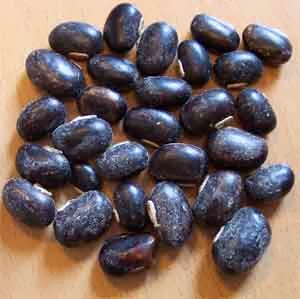 Kapikachu or Mucuna pruriens is a tropical legume known as velvet bean and cowitch and by a multitude of common names. Mucuna pruriens is well-known for its aphrodisiac activities as it is known to increase the sperm count and to increase testosterone levels in the body. The herb is also known to help the body build lean muscle and to break down surplus fat and hence Mucuna or Kapikachhu is often used by athletes, sports persons and body builders as sports medicine for increasing body performance.

The Mucuna plant is an annual, climbing shrub with long vines that can reach over fifteen meter in length. The herb bears white, lavender, or purple flowers. Mucuna have pods that are enclosed in loose orange hairs that can cause a severe itching if come into the contact with the skin. The beans of Mucuna herb are shiny black or brown. The herb's home is found in tropical Africa, India and the Caribbean.


Mucuna is good for boosting the mood for sexual desire and the herb possesses anti-depressant effects. It is prophylactic against oligospermia (Low sperm count), and useful in increasing sperm count, regularizes ovulation in women, etc. It prevents male and female sterility and acts as a nervine tonic.

The seeds have L-DOPA, which is a neurotransmitter precursor, an effective drug for relief in Parkinson's disease. It stimulates the brains fabrication of dopamine boosts up mood, sexuality and co-ordination. Dopamine encourages the release of HGH (human growth hormone) from the pituitary gland, which aids the body build muscle and breaking down fat. Many health and doctors experts also suggest taking Mucuna to help preserve the practical presentation of the nervous system.

As per Ayurveda, Mucuna carries vital properties and therefore, the drug has been used as an aphrodisiac. It is used to increase libido in both men and women due to its dopamine inducing actions. Dopamine has a sound influence on sexual function. Mucuna pruriens or kapikachhu seed powder contains high concentrations of levodopa. This herb has long been used in traditional Ayurvedic system of Indian medicine for treating various nervous diseases including Parkinsonism. In a meticulous amount, it also shows mind-booster tonic and soothing down the aggressive mind.

The Mucuna prurience is also used as a dietary supplement and it will help the evidence of protein in muscles and therefore, can increase muscle mass and strength.

Herb functions:
Libido Enhancer: The herb is a proven aphrodisiac, the effects of which are seen in the significant improvement in sexual behavior, libido, potency, sperm parameters, daily sperm production and testosterone levels.

Anti-Parkinson activity: Kapikachhu is considered an effective nervine tonic in traditional Indian healthcare. The seeds have L-dopa, which is a neurotransmitter precursor and an effective drug for treating in Parkinson's Disease. There is no increase in dyskinesias (a movement disorder seen in Parkinson’s Disease) with the administration of Kapikacchu, a phenomenon which is commonly encountered with increased doses of L-Dopa treatment. These findings suggest that Kapikacchu or mucuna pruriens formulations may actually have a higher bioavailability than standard L-dopa preparations. If these findings can be confirmed in larger and longer term studies, Kapikacchu would seem to be a reasonable commercially viable alternative to standard L-dopa therapy.

Male sexual dysfunction: The herb is recommended for oligospermia or low sperm count. It increases sperm count and motility. Kapikacchu improves the semen profile by inhibiting lipid peroxidation, elevating spermatogenesis and improving the biochemical parameters in seminal plasma by restoring the levels of lipids, vitamins A, C and E and fructose.

- Its powder is useful to increase sexual potency, it should be use in the dose of 3-5 gms along with other herbs like Ashwagandha, Akarkara, Javitri etc.

Posted by Herbalkart.in at Saturday, December 28, 2013 No comments: 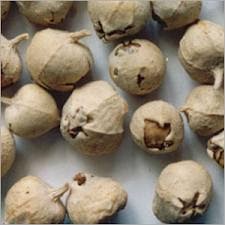 Plant Distribution:
This shrub is, common in , East India, Nepal and Afghanistan,. In India it occurs in Punjab, Rajasthan, Simla, Kumaun and Garhwal.

Therapeutic uses:
The fruits is sweet; applied to wounds; used in asthma, biliousness stranguary. Diuretic, useful in lessen the inflammation of piles. The ripe fruits are supposed to possess anodyne or sedative properties. They are alterative, diuretic and believed to be useful in chronic liver complaints. They are used as an emetic. The dried fruits, sold as Punir-ja-fota in Sind, are employed in dyspepsia and flatulent colic, and other intestinal affections. They are prescribed in infusion, either alone or conjoined with the leaves and twigs of Rhazya stricta, an excellent bitter tonic. In Bombay, the berries have a reputation as blood purifiers. In Nothern India traditional healers use dry fruits for the treatment of Diabetes mellitus. It has also antimicrobial, anthelmintic, antifungal, hepatoprotective, hypoglycemic, hypolipidemic, cardiovascular, free radical scavenging, anti-inflammatory, antitumor, immunosuppressive, depressant property.

Withania coagulans is used in chronic complaints of liver. They are also used in dyspepsia, flatulent colic and other intestinal infections. In some parts of Pak¬Indian sub-continent, the berries are used as a blood purifier. Withania coagulans (Stocks) Dunal is used to treat nervous exhaustion, debility, insomnia, wasting diseases, failure to thrive in children, impotence. Its fruits are used for liver complaints, asthma and biliousness Flowers of Coagulans (Stocks) Dunal are used in the treatment of diabetes.

Dosages:
Take 5 grm powder twice a day after food with warm milk or with Honey or as advised by the Naturopaths

Posted by Herbalkart.in at Wednesday, December 25, 2013 No comments: