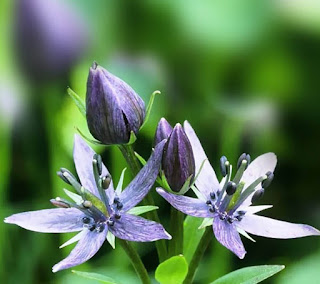 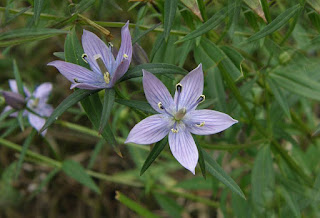 Nilavembu meaning "Neem of the ground". The plant is known in north-eastern India as Maha-tita, literally "king of bitters", and known by various vernacular names.

Swertia Chirata is called as ‘Chirayata’ in India. It is also known as `Indian Gentian`. This annual herb is found all across India and grows up to the height of 1.5 meters. It is majorly found in the Himalayas majorly between the heights of 1200 to 1500 meters. It is known to have leaves in opposite pairs which are about 10 cms in length with no stalks. In Hindi the herb is called Chiretta and in Sanskrit it is called Bhunimba or Kirata tikta.

Kiratatikta is a very famous Ayurvedic herb used mainly in the treatment of infectious and inflammatory conditions like fever, skin diseases etc. The word meaning of Kirata tikta is – utterly bitter.

This ancient herb is a blue flowering plant and is also sometimes known as the Nepali Neem because it is a common plant in the forests of Nepal. All the parts of the plant can be used for making either a dried herb or powder. In rural areas the Kalamegha is considered as Kirathathiktha and it is used in place of Kirathathiktha because of its similar morphology and properties

Benefits of Swertia Chirata
Apart from healing many fevers, Swertia Chirata is a magical herb which can cure many diseases. It is ‘one herb with many benefits.’

Liver
It is beneficial in treating liver problems and increases metabolism as it contains digestive, hepatic and tonic properties.
Cancer
It is an anti-oxidant herb and its anti-oxidant action guards the cells from turning cancerous and fights against cancer.
Anti – Inflammatory
It is rich in its anti-inflammatory properties which make it a great remedy for joint disease, swelling, pain, redness and specially Rheumatoid Arthritis.
Diabetes
It has the ability to lower blood sugar levels and stimulates insulin production. It can be a cure for diabetes.
Skin Disease
It cures many skin diseases. It is great for rashes, inflamed skin and other skin problems.
Lungs
It helps cure bronchitis, asthma and inflammatory conditions of the lungs by opening the bronchi.
Stomach Disorders
It is effective in strengthening the stomach and promotes its action. It reinforces the stomach and boosts its functions. It can relieve diarrhea.
Intestinal Worms
The herb contains anthelmintic which destroys and kills intestinal worms. This makes it effective for relieving worm issues that affect the intestine.
Hiccups
The astringent flavor of Chiretta sets of an impulsive response that promotes the production of saliva and gastric enzymes. It relieves hiccups, bloating and indigestion.
Bleeding
It helps with heavy monthly periods, internal bleeding and nose bleeding.

Side effects:
Some people might not tolerate bitterness. In them, the decoction may induce vomiting.
It is safe to give in children and lactating mother. But the dose needs to be monitored carefully.
It is best to seek medical advice for use in pregnancy.
It lowers blood sugar levels. Hence precaution is required while administering it in diabetic patients.

Note: Siddha treatment is based on complete physical examination of the patient, Naadi diagnosis, and other diagnostic criteria of the disease. The content given in this article is purely meant for information and education purpose only. Kindly consult a Siddha physician before any sort of self medication. 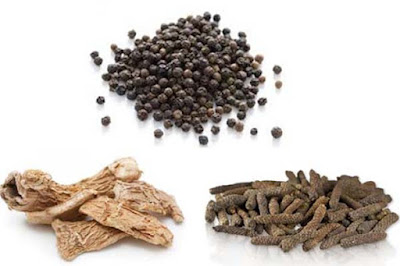 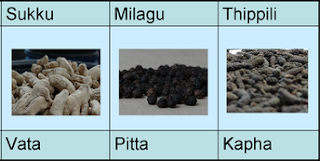 Trikatu Churna is a simple mixture of three Indian spices. It is widely used in Ayurvedic treatments and in Indian household. Trikatu Churna falls both under medicinal herbs and dietary herbs.

Trikatu benefits – Trikatu is hot in potency. Trikatu is stimulative in nature, good for liver, spleen and pancreas. Trikatu choornam stimulates stomach to produce enzymes. Hence it helps in digestion. Trikatu is also good for respiratory system and to cure cold and cough.


- This powder can be given to young children from the age of 2 to 3 years onwards.

- For young children, less than 1/4 tsp will be more than enough. If children refuse to drink it, you can sweeten with honey or Palm Candy.

- This powder can be stored for up to 1 Year.

- This powder can be used for all cold related problems.

- This same remedy can be used to treat indigestion.